Click to Enter (by Jordan Resin) is a virtual door, one that's probably better left alone (though if you were to attempt entry, I have a feeling you'd be able to figure out how). I attempted to merge several distinct concepts and experiments into a single project, and the result is admittedly a bit of a mess; none of them came together quite the way I'd imagined. Still, I hope you find something in here that resonates one way or another.

Jordan! Super interesting feeling you've captured here. I love the little eye twitches once you've poked them, and the blinks but otherwise unflinching nature of the open ones adds to the effect when you do poke one. I also think that your use of the layered white and red text works really well both in the pixel, and scratchy styles, and it's really clear the different voice that the phrases have. I spent a probably unhealthy amount of time wondering if there was a specific order for the eyes to be poked in because initially I poked one of the two  unpokable ones which made it seem like you had to get them in a set order. I feel like allowing those two to be poked or even making it kind of simon says-y in that you poke eyes in an order but it resets if you hit the wrong one might be interesting, but I feel like the focus of this is the text. One thing I did notice was that the area you click on the door can still be clicked once it is open, and it resets the music, which is a bit jarring, but then again, considering this game's theming, wasn't really a problem. Overall this is super interesting, and I'd love to see more works like this from you!

I really like the vibe with this one, it's weird but engaging. I think it's neat how you can poke most of the eyeballs, but like TR said before I do wish those last 2 were able to be interacted with. The background is really nice and hypnotic, and the stylized text is really fun. My one critique would be that i find it odd that you have to click the small box for the dialogue to proceed and that it'll just speed through if you hold it. I feel like I'm missing something on accident.

Hi Jordan! I actually really love this. It’s simple but has such a strong vibe. The scribbly white and red letters look great, and scrolling through the quotes is jarring but also strangely satisfying in a way that I think fits. Even the opening screen is just so nice to look at, not that I expected anything else from you! If you ever continue working on this, I think having the scene be randomly generated would really add a lot of mileage to the experience. I also agree that all of the eyes should have an effect because seeing the ones that don’t do anything makes me want more!

What an absolutely strange, baffling thing you've made, Jordo. I love it!

I'm not 100% sure if I got the full experience, but I think I got a good amount of it. I have no idea what could have possessed you to take those random assets and turn them into THIS, but I am SO GLAD you followed that instinct, because I really enjoyed this. I was a bit sad that there were one or two eyes I couldn't poke, but maybe I'm just being excessive. My biggest note is that I wish the little dialogue button would only go to a different piece of dialogue when you clicked it and not when you hold it down, because I accidentally clicked and held and I missed a few little lines.

This is really rad.  The opening did not prepare at all for what was behind the door, which feels perfectly appropriate for this. Clicking the box to cycle through the text has a great disorientating effect. And honestly, when the eyes responded to poking them it was quite shocking, and its an upsetting (in a good way!) visual to have in the background as I write this. I do wish I could poke the other two eyes, as its hard not to feel I'm missing some content somewhere. But honestly given that this is intended somewhat to disorient and startle, I think this is really perfect as it is. Even being unable to poke some of the eyes has a great uncanny feel. It's a great use of the assets while still feeling totally unique from other interpretations. Great job!

Weird vibes and I'm here for it. Very entranced with the different aspects. Love poking the eyes and seeing the wild text compared to the pixel font. love scrolling through the text rapidly, it looks so smooth. It's weird and dissident but it is dissident in a way that ends up feeling cohesive (ik thats kinda paradoxical but idk thats what I'm feeling). The one thing that feels off though is the fact that you can't poke two of the eyes, it is weird since you can poke the rest. Still great job creating something with such a unique style and feel! 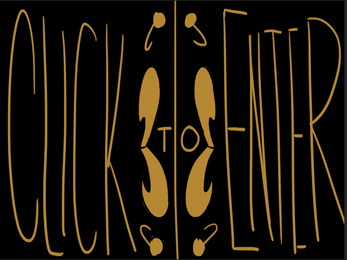